Will Tesla Become a Four-Letter Word?

Tesla has taken drivers on a wild ride since it introduced the Roadster in the late 2000s.  With a body designed by Lotus, the car looked fast, and it had an all-electric powertrain that gave it lightning speed.  It couldn’t go more than 100 miles on a charge, but it proved a point.  Electric cars could be cool and desirable.

The company itself has taken investors on a wild ride since it went public in 2010 at $17.  Tesla almost went bankrupt in 2018, as it poured every available dollar into the launch of the Model 3.  Clearly, things worked out.  The stock, which has suffered big ups and downs, soared in recent years and split 5-for-1 in 2020.  Adjusting for the split, Tesla’s IPO price would be $3.40.  The stock trades around $870 at time of this writing, a gain of almost 26,000%, or 61% per year compounded.  That’s not terrible, but does it make sense?

Tesla started the wave of the electric car demand, but with other companies following suit, will Tesla be able to retain its competitive edge? 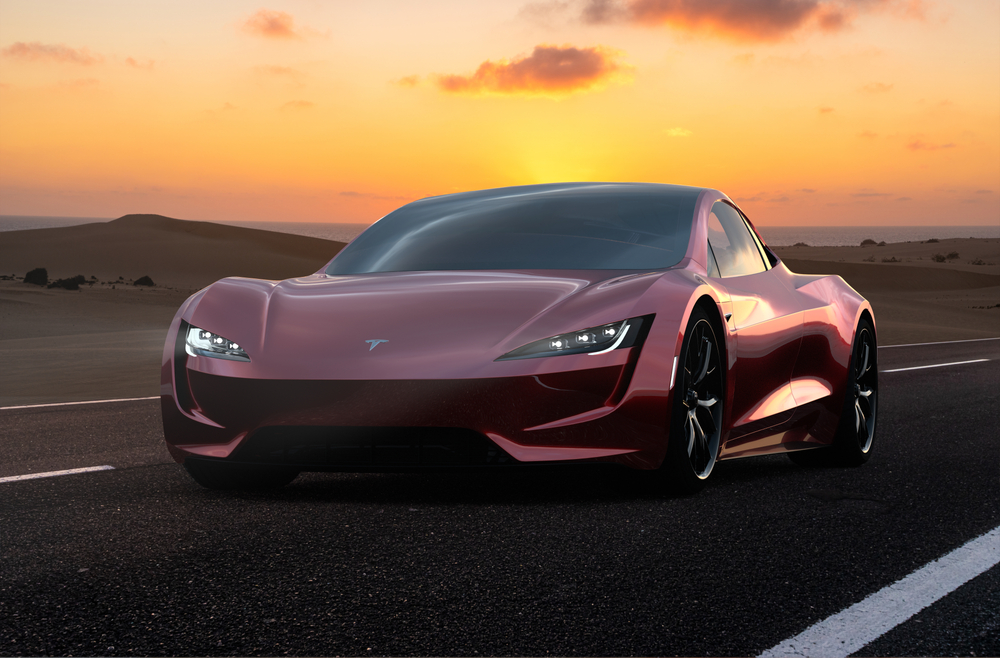 Tesla has been the leader in electric car manufacturing for over a decade, but the tide is shifting in the automotive industry.

Tesla entered a space that seemed destined to house small, unattractive econoboxes like the Nissan Leaf and brought electric cars to near-mainstream.  I say “near” because even the Model 3 starts at $47,000, which isn’t exactly entry level.  The company was well ahead of established car companies in bringing an all-electric vehicle to market and was able to make a go of it, unlike rivals such as Fisker.  Tesla founder Elon Musk kept hawking the company and taking bold steps, eventually ramping up production to nearly one million vehicles last year.  That was still a fraction of the deliveries made by General Motors (GM) and Ford… until now.  In 2022, Tesla likely will deliver almost as many vehicles as Ford, although it will be well behind GM and still millions of units behind industry leader Volkswagen.  While component shortages have held back deliveries across all carmakers, there’s no question that Tesla has been catching up. 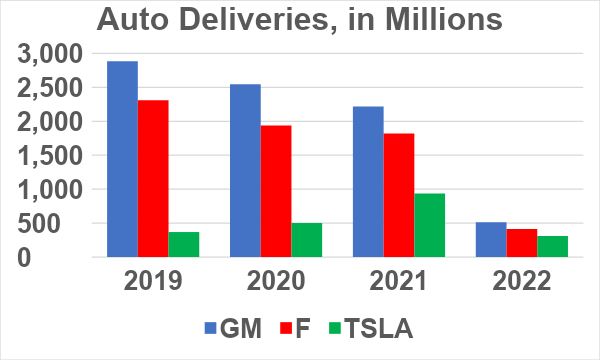 This is good news for Tesla and its shareholders, but it’s hard to see how the company can produce enough cars to justify its lofty valuation.  Today, GM trades at a price-to-earnings (P/E) ratio of about 5.5 and Ford trades at 3. Volkswagen, which produced more than eight million vehicles last year, or about 10% of global production, trades at a P/E ratio of 6.84. Tesla sports a P/E ratio of 178.  Even though Tesla produces just a fraction of the number of cars Volkswagen produces, the company is worth nine times more than Volkswagen.  GM and Ford are worth $55 billion and $56 billion, respectively, whereas Volkswagen and Tesla are worth $107 billion and $905 billion, respectively. 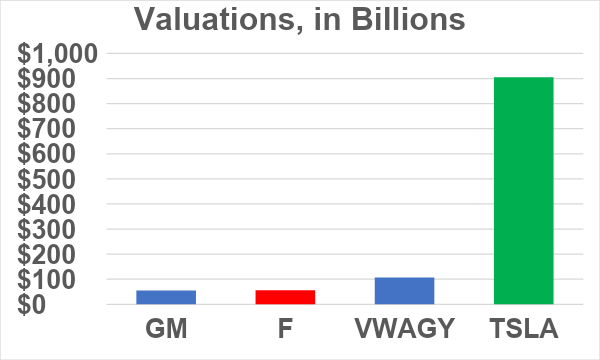 If Tesla were able to increase auto production by 1,000% this year, it would make about the same number of cars as Volkswagen.  For Tesla to have the same market value as Volkswagen, its shares would have to fall by more than 80%.

For years investors, have lifted Tesla’s shares to crazy heights because the automaker was special.  It’s hard to see what will make Tesla special in the future.  Almost every carmaker has launched an electric vehicle line or will do so within a year.  Consumers can buy Ford Mach-Es and even F150 Lightning pickup trucks, if they can find them, and GM just announced that it will make an electric Corvette in addition to an electric Silverado pickup. GM is already delivering electric Hummers.  Legacy automakers are about to swamp the market with more affordable offerings than Tesla has available, and they bring with them something Tesla does not have and cannot easily duplicate: dealerships.

Dealerships are an important touch point for consumers who want to compare vehicles and have their cars serviced. While Tesla sends software updates over the air, you can’t fix a rattle in the dash or broken trunk latch over Wi-Fi.

Tesla will continue to grow, but there’s a limit to how many cars it can sell, especially when its model lineup is getting tired.  If the company continues to expand production by another 500,000 or even one million units, that’s great!  But it will make Tesla about the size of Ford, which is a four-letter word that Tesla doesn’t want to be.

For more information about Tesla, their overall business, and their future, watch this video from Rodney Johnson.